LIZARDS:
Lizards were everywhere! They kind of remind me, in a weird way, of squirrels. They are just sort of everywhere, and skitter about and rustle around. (Although I found the lizards adorable and fascinating -- squirrels are creepy, though!) 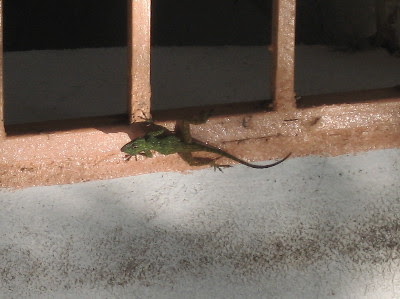 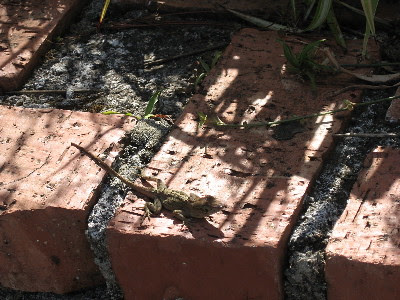 GECKO (on the ceiling!):
This little dude would come and visit us at night, and hang out around the ceiling fan, feasting on all of the little insects that gathered up by the light. He (or she) was so sweet and curious! 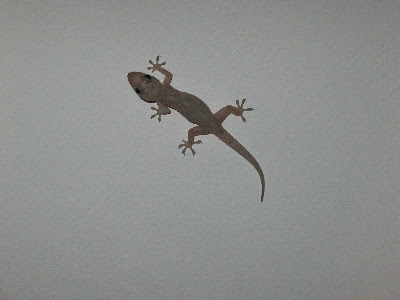 GOATS:
Unfortunately, goats are usually lunch in Haiti. (Milk-drinking and cheese-making aren't a part of the culture.) They sure are adorable, though! 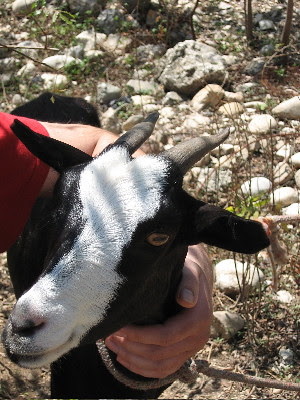 CHICKENS:
Chickens were out and about in Haiti. Someone asked one of our Hatian guesthouse workers how they knew which chickens were whose, since the chickens generally roam free. Their response? "The chickens know."
Also, the chickens woke me up every day at 5 AM. Boy, are they noisy. 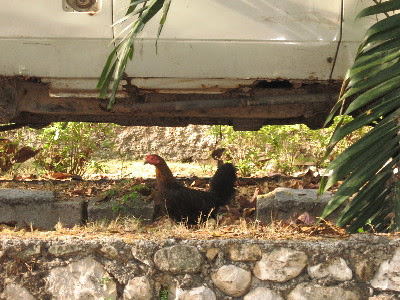 KITTIES:
My favorite two little orange kitties that live at the guesthouse. Even though they catch and eat lizards, I still love them! 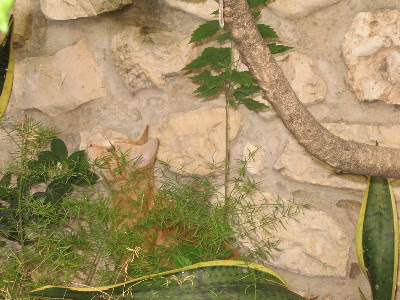 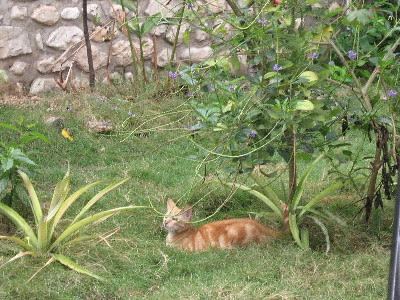 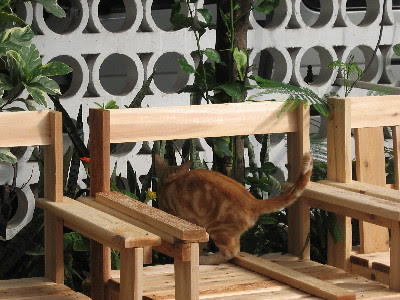 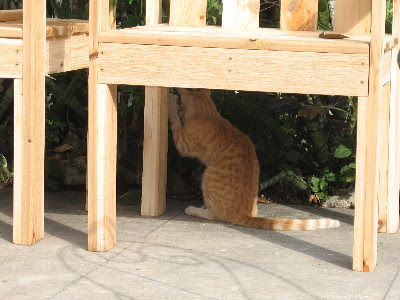