Last night, I threw a triple birthday party for my friends Christine, Ann, and Courtney, as they all have their birthdays within two weeks of each other! We had a great time, ate some amazing food, and drank some delicious wine (thanks to Dora, for bringing beverages!)

However, pre-party, I experienced a cake disaster so spectacular, I would consider it epic.

I had planned on making an amazing, three-layer cake for this party -- I was going for a "chocolate-covered strawberry" cake, using chocolate cake layers, vanilla buttercream, and homemade strawberry jam as filling. I pulled out my favorite moist, tender, chocolatey cake recipe for this one, baked up the layers, let them cool, and set to work.

The cake was super-slidy when I was trying to ice it, and it didn't turn out very well, but I managed to get the thing assembled: 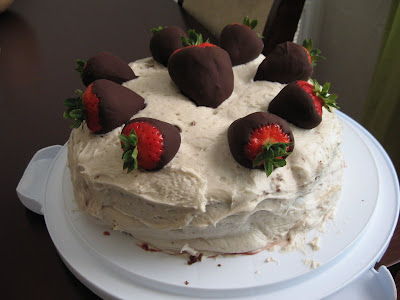 Things were looking okay for about two seconds, until this happened: 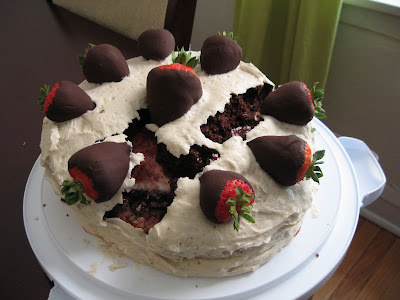 This was actually an action shot . . . the collapse/damage was even worse than pictured. What's a girl to do? There was way too much frosting involved already to make cake pops, and truthfully, I didn't want 700 cake pops, and I was so mad . . . I just threw the whole thing out. (Well, I picked off and ate a couple of the chocolate-covered strawberries, first.)

What a waste. Waste of money, (organic powdered sugar is expensive!), waste of ingredients, waste of time, waste of energy.

What did I learn?
1. Tender, moist cake doesn't have enough structure for layering. There is a reason most cake is kind of dry and sturdy.
2. Just make cupcakes. They are easier and less disaster-prone. (Plus, people like cupcakes!) 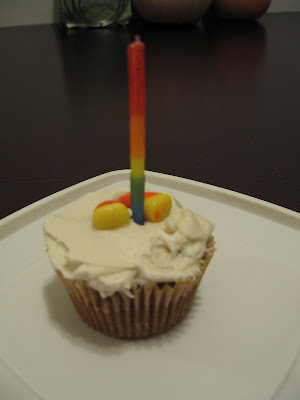 Or alternately, sick a candle in a persimmon: 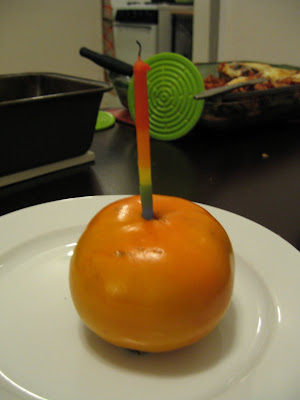 (This works beautifully for people who don't eat refined sugar, who are called "Miss Persimmon" by the owner of the Asian grocery store! Ahem, Courtney!)

The dinner portion of our evening was great! I made . . . 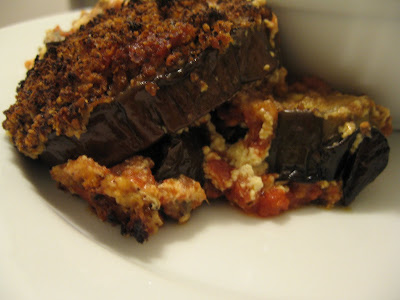 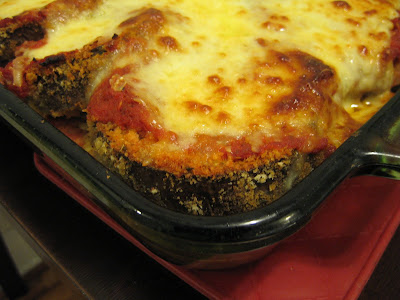 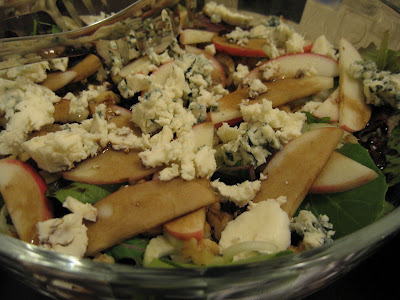 And sliced up some baguette.

We were too full for dessert, anyway. :)
around 7:27 AM
categorically speaking: baking, baking disaster, cake, chocolate, strawberries

Story of my life. I think most of the layered cakes I bake fall apart. Ive learned that it still tastes great though! :)