Sunchokes, Jerusalem Artichokes, whatever you want to call them, I finally got around to cooking with the pound of knobbly little sunflower roots I bought at the Farmer's Market LAST weekend. (Not a day ago, but over a week ago!) I was so excited to find sunchokes, since I'd never tried them before, and quickly purchased a pound.

I googled soup recipes using sunchokes, and settled on a very simple sunchoke and leek soup, containing nothing more than a little butter, some vegetable broth, milk (or a blend of milk and yogurt, which is what I used,) salt, and pepper. About 45 minutes and a hit with the stick blender later, I had cream of leek and sunchoke soup: 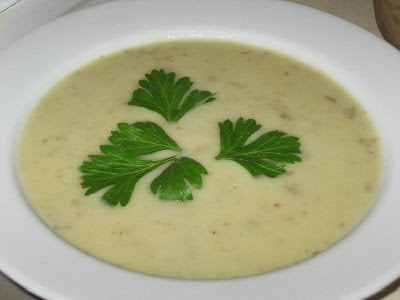 Oh yum! I did detect a hint of artichokeish flavor, which I'm sure was enhanced by the slight sourness brought to the party by the plain yogurt I subbed for part of the milk, but really, sunchokes are their own flavor, in my opinion. Light, almost summery, incredibly subtle, fresh, and TASTY! You'd be hard-pressed to find another fall vegetable that tastes more springy!

Served up with a side salad and a couple of crostini spread with baba ganoush: 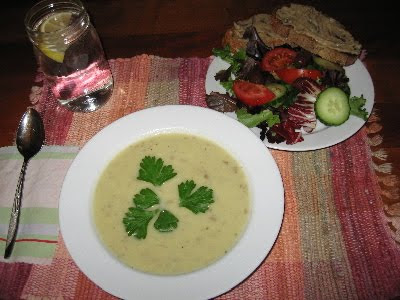 AND, pumpkin cake for dessert! 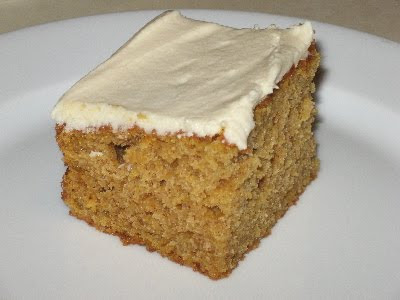 I only tried sunchokes for the first time a couple of years ago, but oh my god, they are good! That soup and that cake look fantastic!
Well, it's cold weather again, so as usual, I'm here looking for your chai recipe! =)
Hope you're well!
xo