I have been the tofu and tempeh queen lately -- check out some of this weekend's eats:

Friday night's dinner was co-created by myself and my friend, Ann: 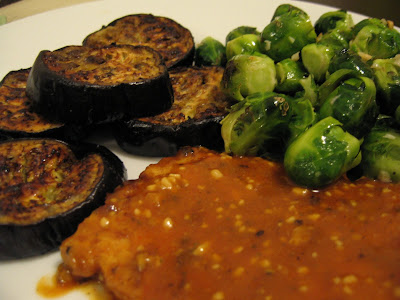 Hot Sauce-Glazed Tempeh, from Veganomicon, with sides of roasted brussels sprouts, roasted eggplant, and Messy Rice (also from VCON, not pictured, since the rice took longer than I expected it to, and we ate it after we ate everything else. Classy, I realize, but we were hungry!) 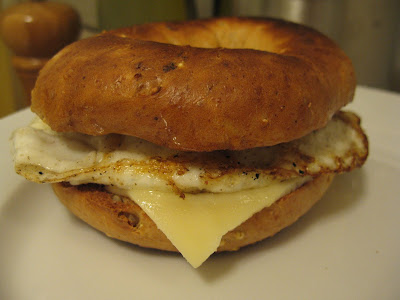 And then I made pho for lunch! 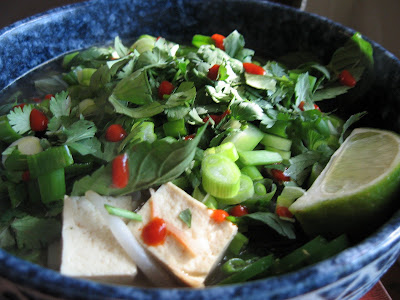 I decided, at the last second, to make a half-recipe of pho this time around, and it was just right -- I got two meals worth out of the deal, and ended up marinading the other two pieces of tofu and sticking them in the freezer for the time being. More soy leftover for another day!

What weekend is complete without a baking project? 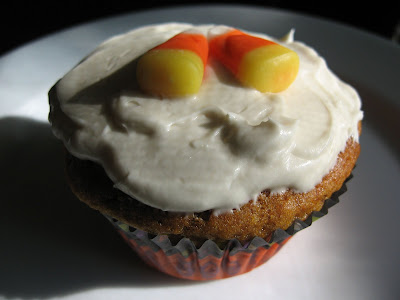 I made Pumpkin Spice Cupcakes for a dinner party at Tiffany's house Saturday night; I, of course, edited the original recipe a little bit. I followed suggestions made by several reviewers to use oil instead of butter, and also used a full can of pumpkin (as recommended,) and I also skipped the cinnamon in the frosting. I LOVE cream cheese frosting, but wasn't convinced I would love cinnamon cream cheese frosting, and didn't want to potentially destroy perfectly good cream cheese goodness. ;) Additionally, I only baked off 12 of the 24 cupcakes; I filled the remaining liners and popped the unbaked batter in my freezer. I'm assuming the batter will thaw and bake off just fine in a few weeks, once I decide I need more cupcakes?

I have totally frozen muffin batter like that before and it works great. You just preheat the oven as usual and pop the muffins in frozen (don't thaw them). You might need to add a few minutes to the baking time, but it is a great way to have baked goods fast as needed :-)

Oh yeah! Isn't the hot sauce tempeh great? I could eat that once a week and be well satisfied. And with roasted brussels sprouts too...well.