quote nerd, plus (lots of) food!

I am a quote nerd! My planner has a quote on each weekly page, and here's this week's:

So, with that said, on to the food! 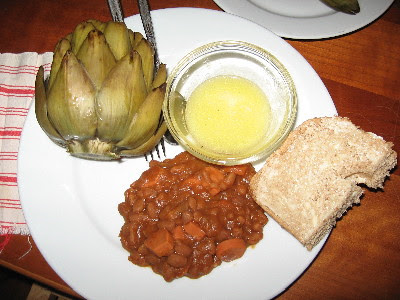 Haul from the Asian grocery store this afternoon: 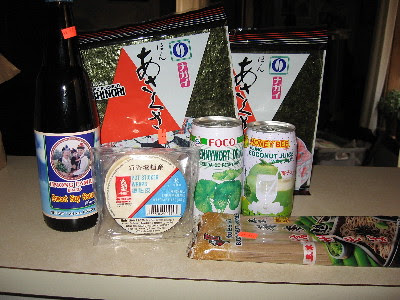 I really only intended on purchasing the "sweet" soy sauce, but couldn't help picking up the other ingredients because they were SO CHEAP. Plus, when Dan and I visit the Asian grocery store, we each pick out a "fun beverage." I chose coconut juice with jelly, (the little jelly floaties are so chewy and fun!), and Dan chose "Pennywort Drink." He said his drink tasted kind of like sweet asparagus . . . I wasn't brave enough to try. We looked up pennywort on Wikipedia -- it's supposed to help with memory function, extend your life, and lower blood pressure, among other uses! Magic sweet asparagus, I guess!

Tonight for dinner, I made Dreena's Peanut Thai Vegetable Stew from the Food TV Canada website. All of the ingredients, waiting patiently for some kitchen magic: 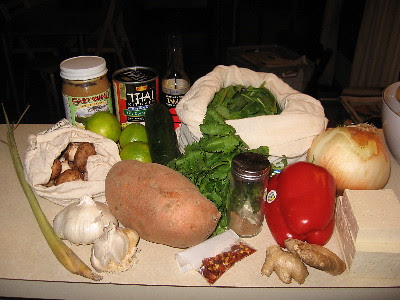 And an hour later, dinner was served: 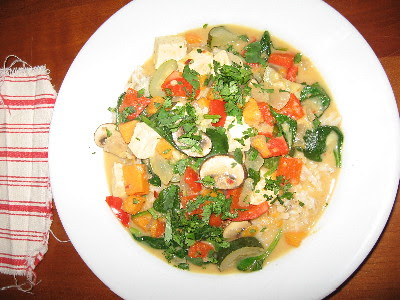 This was definitely worth the hour of prepping and cooking that it involved! (Well, and I like doing that prepping and cooking bit anyway!) The only changes I made to the recipe were subbing peanut oil for the canola/coconut oil, doubling the amount of chili flakes, and adding some sliced mushrooms (just 'cause I like mushrooms in Thai soups so much!) Dan added a few squirts of sriracha to his serving after taking a couple of bites, but the stew was a huge success! (P.S., the recipe says that the stew serves four, but we got more like six servings out of it -- and that was with some brown rice!) Thanks, Dreena, for being a super vegan chef and sharing your recipes with us!

More fun cooking projects planned for this week include:
Mango and Black Bean Salad
Rojak (Bright Fruit and Vegetable Salad)
Char Kway Teow (Stir-Fried Noodles with Green Onions and Eggs)
(all three recipes are from the most recent issue of Cooking Light magazine, and the last two were from the article on Malaysian food! Woo!)
around 9:27 PM
categorically speaking: grocery shopping, produce, soup, Thai, tofu

Which Asian grocery store did you go to, by the way?

Courtney, thanks! We determined that I hadn't steamed the artichokes quite long enough . . . after five more minutes, they were perfect! (Oh -- and we went to Shuang Hur, and also stopped at one more on Nicollet on our walk home.)

I love that quote- and try to remember to live it every day.