I made a half-recipe of Spinach and Artichoke Dip . . . 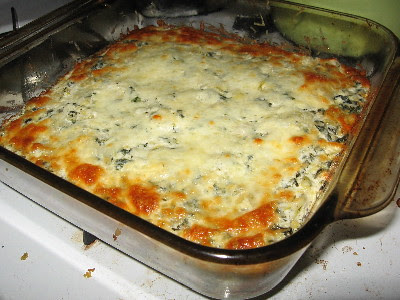 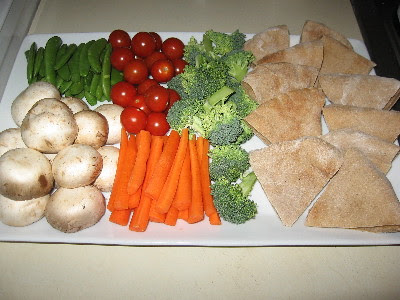 . . . for dinner last night! Dan was skeptical at first, (worried he wouldn't get enough to eat,) but it appears as though he may have been satiated: 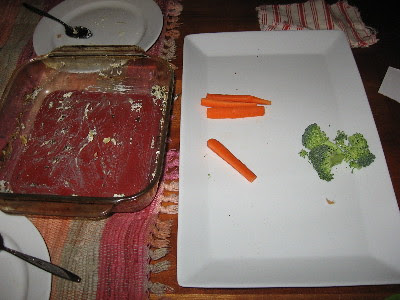 (I promise I didn't eat half that pan of dip! Dan hadn't eaten since 10 AM, though, so he was a hungry monster!)

I've made this dip many times in the past . . . it is FANTASTIC, and hands-down the best spinach-artichoke dip I've ever had. (I double the amount of spinach called for in the linked recipe.) Although probably not the healthiest option, this was a fun Friday night dinner treat!
around 8:34 AM
categorically speaking: artichokes, cheese, homemade pita, spinach

I totally need you to teach me how to shop and plan meals. Your cooking is stunning, and you apparently don't have to go shopping every day in order to have the cooking supplies.