Here's a peek at some of my typical weekend kitchen projects . . . 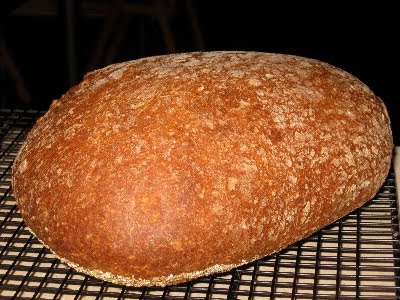 The last of the Artisan Bread oatmeal dough, this time stuffed full of cinnamon-sugar, walnuts, and dried cranberries. As soon as this loaf cooled, I stuck it in the freezer until we finish up the half-loaf of bread currently on our counter. 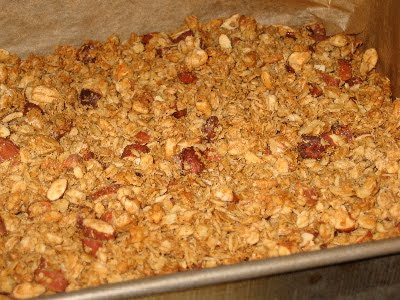 I added dried blueberries and cranberries to this once cooled. 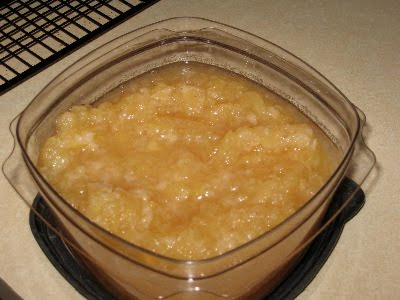 We bought some pears last week at the co-op, and they were TERRIBLE -- starchy, mealy, and just plain gross. So I peeled them, diced them, and cooked them up (with a couple of aging apples, too,) added a teaspoon or two of sugar, a few dashes of Penzey's baking spice, and voila -- apple-pear sauce.

Pre-prep for coming meals this week: 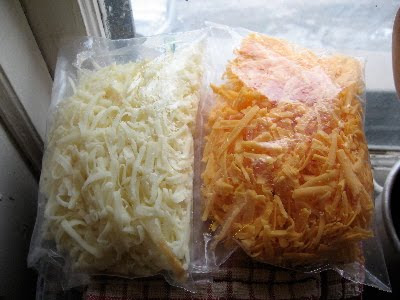 Smoked mozzarella, for pizza, and sharp cheddar, to top chili. 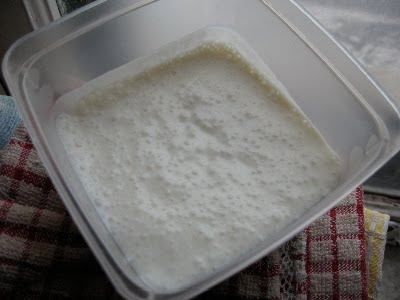 (We're having falafel for dinner tonight.) 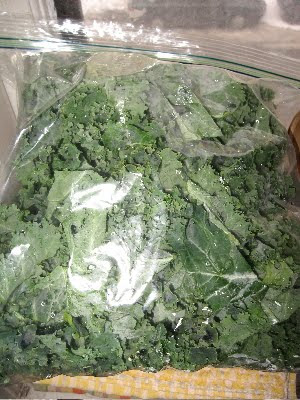 Washing, stemming, and chopping greens on the weekends saves SO much time during the week, when we're trying to get dinner on the table quickly! 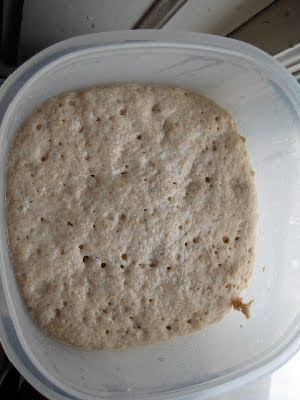 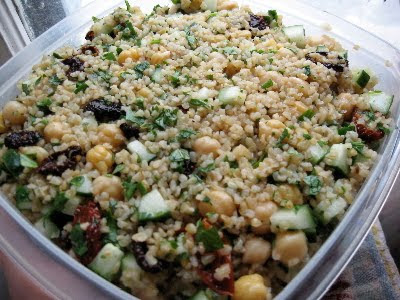 To accompany our falafel later today!

I'm also planning on pad thai for lunch, and I'll prep the whole lot of ingredients, (since the recipe yields two huge batches,) bag them up in the fridge in the different stages of frying-up, and then I'll have yet another meal nearly ready to go! Woo!
around 10:23 AM
categorically speaking: apples, bake-a-long, food prep tricks, granola, homemade bread, pears, tabouli

What pizza dough recipe do you use? It always looks so good!

You are my Kitchen Goddess. I'm bowing in reverence ...!

I use my variation of the "Light Whole Wheat" dough from Artisan Bread in Five Minutes a Day. I can email you the measurements if you'd like!!?!