BREAKFAST:
I made brownies for the kids last night, (this is part of my "April Fool's" joke, which I'll explain later,) and of course, had to sample one as I was cutting and packing them this morning: 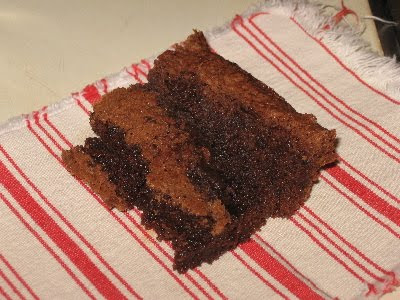 And I also had a bowl of cereal: 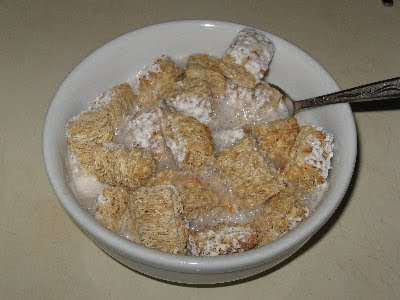 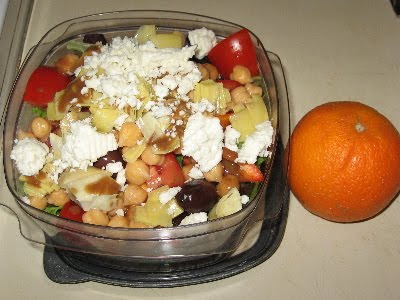 big Greek-ish salad with homemade balsamic vinaigrette, and an orange
(and Erica, to answer your question, my salad was mixed baby greens, tomato, sliced mini bell peppers, chickpeas, marinated artichoke hearts, kalamata olives, and feta -- thanks for stopping by my blog, by the way!) 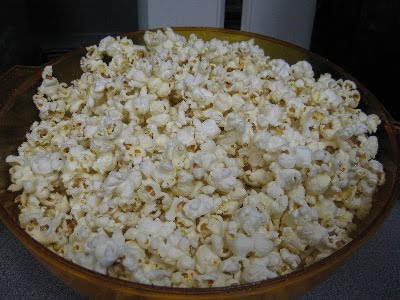 made a big batch for the kids, and had to enjoy multiple handfulls myself! 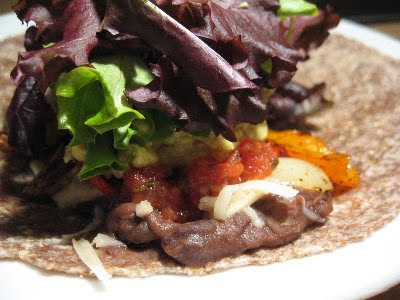 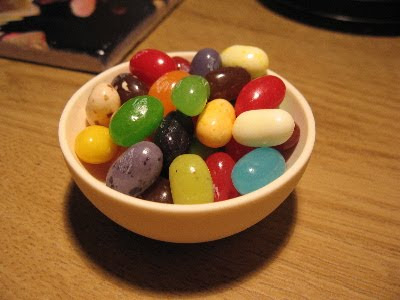 So, here's the April Fool's joke I played on the kids -- as I mentioned earlier, I baked a batch of brownies for the preschoolers last night. I had been telling the kids all week that I was going to play a trick on them today, and that I had it all planned out -- the suspense has been driving them nuts! I didn't tell my coteacher what I was doing, so she was tricked, too. I told a couple of the kids this morning that I felt like baking last night, so I made us some brownies for a treat. They told all of the other kids; everyone was excited. SO, at lunchtime, I put a pan covered with foil in the middle of the table, and let them get all excited while they were eating their cheeseburgers. As the kids were finishing up, I let one of the older girls take off the foil . . . and inside, were a bunch of letter "E"s cut out of brown construction paper! Brown "E"s! Ha ha ha ha ha. They all laughed, and practiced how they would take their brown E home and trick their families. "Mommy, I made you a brown-E at school today . . . APRIL FOOLS!" Then I pulled out the real brownies . . . it was a success!

Did you try and fool anyone today? Did anyone fool you? Do share!

My awesome Friday night is going to consist of a shower, a pot of "Sleepytime" tea, and either a movie or my book. I am so worn out and overtired . . . I hope I can start sleeping decently sometime soon! Gah. Anyhow, happy weekend!
around 7:38 AM
categorically speaking: FLOG, teaching

Yum that salad looks fabulous! What's in it?