Heading south, we had wanted to return to Cascade River, where we had stopped during our North Shore adventure last fall. However, we decided the weather (cold, extremely rainy, and very windy,) merited a change of plans. We decided to drive a little further south in the hopes that the rain would let up and the temperatures would climb, if even only a few degrees.

In lieu of Cascade River, we stopped at Temperance River, where neither Dan nor I had visited before. (Although it was still very cold, the rain had let up significantly by this time.) The north shore seems to be peppered with all of these little rivers, full of rapids and falls, than empty into Lake Superior! One of our first views of the river: 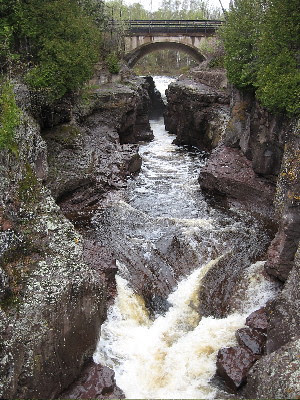 Check out that water! 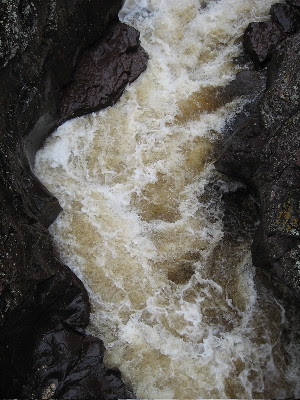 Comingling with the Lake: 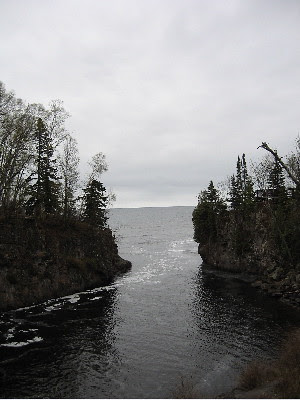 Although we tried desperately to hike some of the trails along the rocky clifs of the river, we kept hitting obstacles -- many of the trails were closed due to guardrails in disrepair. So, we decided to climb down, and hike along the beach instead. 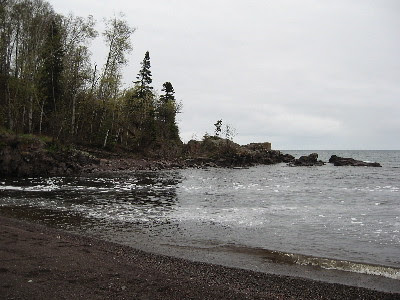 Check out those waves! (Think it was a little windy?) 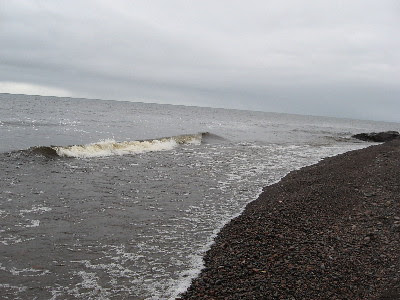 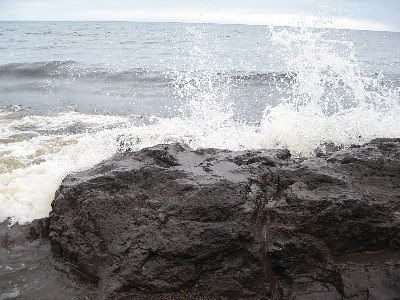 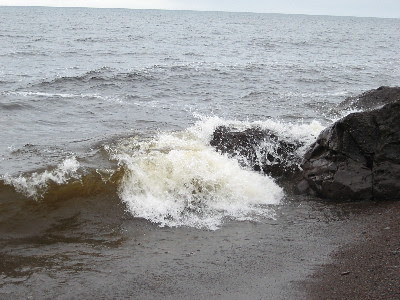 After I grew tired of taking pictures of waves, I turned around to say something to Dan . . . and didn't see him. He had wandered off a little bit, but I located him quickly: 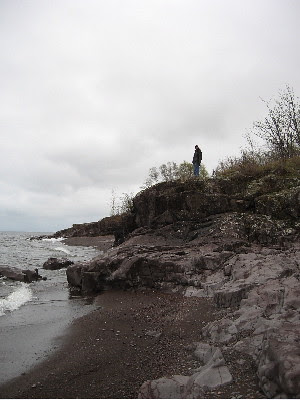 We reconvened for an attempted self-portrait: 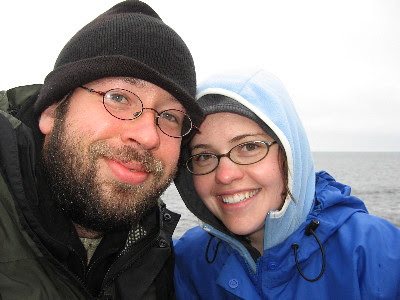 Do we look cold? We were freezing! We hopped back into the car, cranked the heater, and continued south, with a snack stop in mind.
around 8:39 AM
categorically speaking: North Shore, travel

That is a great photo of you and Dan--you both look great!