apples, and raspberries, and pumpkins . . .

I met up with several friends early this morning to caravan out to Apple Jack Orchards in Delano, MN, with the intention of picking apples and raspberries! We spent most of our time in the raspberry fields, due to the frost in May that killed off a ton of apple blossoms. (We were still able to buy apples in their store, that were from fields that were not damaged, but their u-pick fields were pretty slim pickings.)

A few shots from the morning: 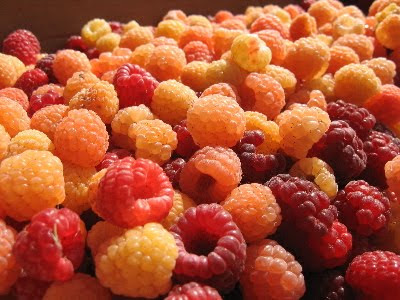 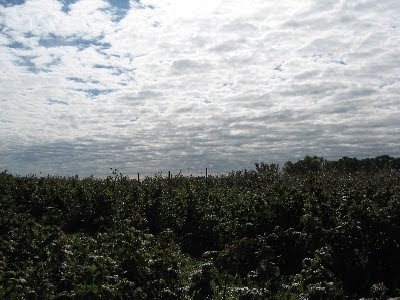 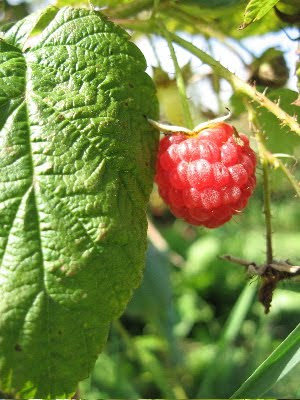 Look! It's Liz! In real life! It's so great when blog friends become real, in-person friends! 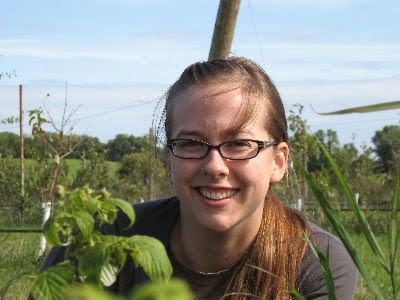 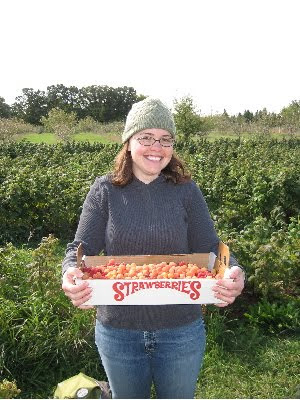 After everybody had their fill of raspberry-picking, (I had the largest haul, at 6.25 pounds -- and a lot of help!), we wandered through the orchards and found a few apples for Courtney. The rest of us picked out apples from the apple barn. I also grabbed a half-dozen apple spice donuts, a caramel apple, (which I think I'll take to work tomorrow and share with the kids,) and some gorgeous pumpkins! 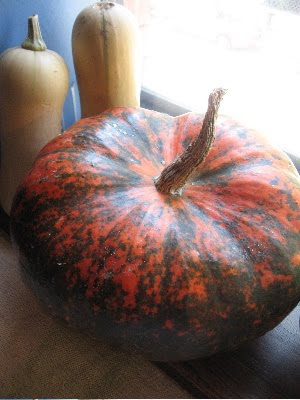 After a pleasant drive home and a quick stop at the Wedge, Dan and I immediately set to work. Dan was on apple duty: 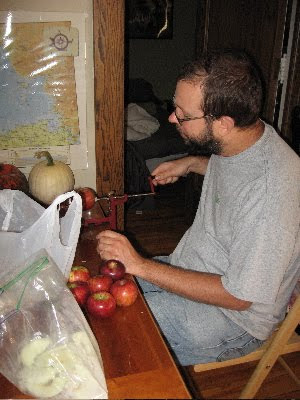 Using the peeler-corer-slicer, he filled our 5-quart crock pot with apples for apple butter, (it's still cooking away, otherwise I'd show you a picture,) and then peeled an additional 8 apples, tossed them in a ziploc with flour, sugar, cinnamon, and a pinch of salt, to become apple pie filling in the future. Destined for the freezer for now.

While Dan focused on apples, I made raspberry magic . . . 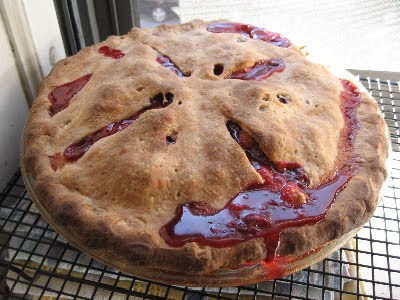 (Thankfully, I had a set of crusts in the freezer!) 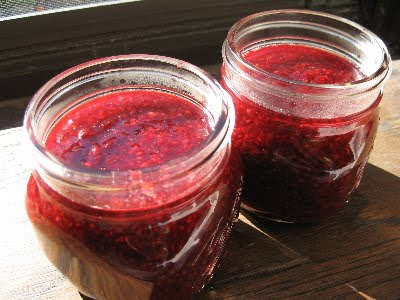 And last, some raspberry-ginger muffins . . . 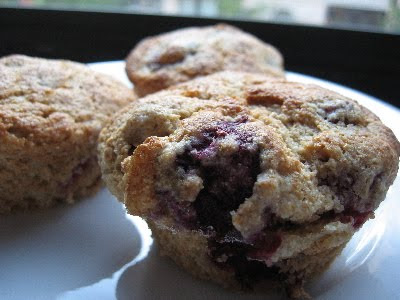 I'm beat! But it was a very fun, very productive day. (And somewhere in there we managed to do four loads of laundry, too!) I still have one more job to do . . . I need to whip up a big pot of chili for dinner. So tired! It's going to be an early night tonight, I can tell already. :)

For the apple pie filling is there anything else you do to it before you freeze it? What are the measurements for apples/sugar/cin/flour?

Before you bake the pie, you'll want to thaw the apples in the fridge over night. Then, put your crust in the bottom of the pie plate, add the filling, dot the top of the filling with 2 tbps butter or margarine, add your top crust, and bake! My recipe suggests 45 minutes at 425. You'll want to cover the edges of your crust with foil or a pie shield to prevent them from burning, and take the foil/pie shield off during the last 10 minutes of baking.

I use the Betty Crocker cookbook as a guide -- I'm sure they have the same recipes/tips online! Good luck!