So, I've actually been cooking all week, even though I've mostly been posting about our Blogger Ethnic Market Tour! Consequently, I have a TON of stuff to catch you up on. Here we go . . . !

Rewind to Tuesday . . .
I made "Brooklyn Pad Thai" from Vegan with a Vengeance for dinner! While I deem this recipe more of a "weekend" meal due to all of the prep, it's a nice treat on a weeknight every once in a while. I find prepping ALL of the ingredients ahead of time extremely beneficial when making this recipe: 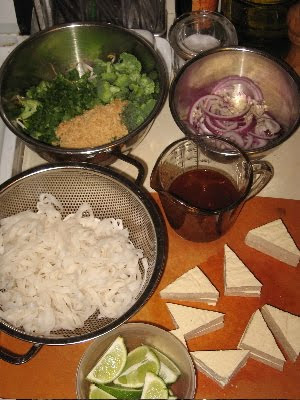 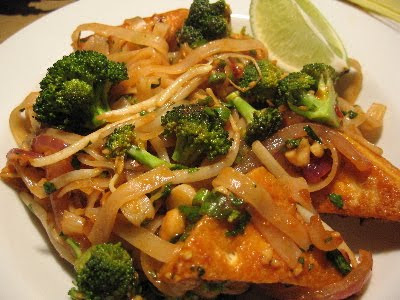 After devouring our plates of pad Thai, we had dragonfruit for dessert! 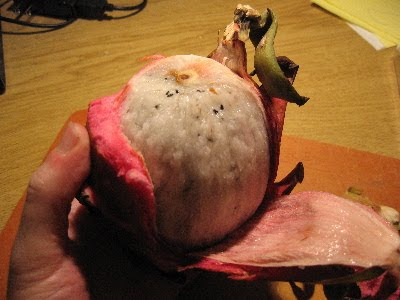 I think of dragonfruit as more of an experience, rather than something super-tasty that I look forward to, since it is so mild (ahem, bland,) tasting. We sprinkle ours with a little sugar and give it a drizzle of lime juice to amp it up: 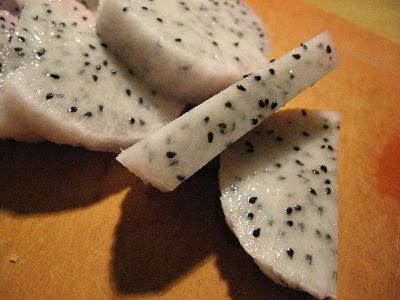 It's so dang cool looking, though, I can't help but enjoy it!

Thursday was a late-start work day for me, (comp time due to training in the evening,) so I spent the morning cooking away . . .

First, I made Melody's Salsa: 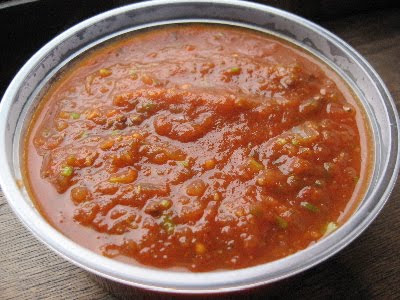 This is some goooooooooood stuff! I followed her recipe nearly as written, (using way less salt, since I am trying to keep our salt intake down, and 4 seeded jalapenos for the chile requirement,) and both Dan and I love it! Jarred salsa no more, in our house! I like that Melody's recipe makes a vat, (since a jar of salsa disappears nearly as it's opened in our house,) and although I'd probably cut down on the amount of cumin next time, (I find cumin overpowering sometimes,) I love the complex, spicy, smoky flavor. Thanks for sharing your recipe, Melody!

Salsa is handy for topping "tacos-to-go" -- Tacos are kind of a hard thing to pack in a lunch, but I've discovered a way that works -- pack all of the filling in one container, and the tortillas or chips in a bag/wrap-n-mat, and assemble on site. Yum! Don't forget the homemade guacamole!

We were kind of dredging the bottom of the barrel for breakfast this morning, (out of milk, so no cereal, out of bread, so no toast,) so I improvised, and horchata oatmeal was born! 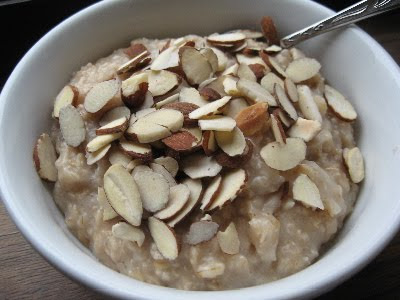 Oh, nummy nummy nummy, this was good stuff! Sweet, creamy, nutty, and fantastic! I just made regular oatmeal with horchata instead of milk or water, and topped with sliced, toasted almonds. Yum!

After meeting Courtney for coffee this morning, I went to Kowalski's and the Wedge. Had kind of a long list this week . . . 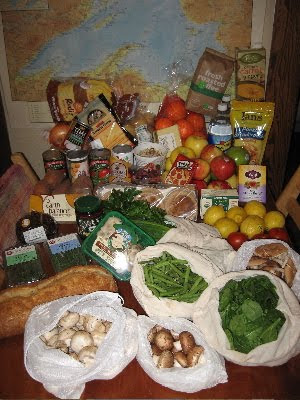 CHEESE: (yes, not vegan -- some is for work, some for grilled cheese sandwiches this week)
local part-skim mozzarella (the kids want to make pizzas!)
sliced muenster

DELI:
vegan apricot thumbprint cookie (not pictured . . . consumed at the co-op to avoid fainting from hunger during my walk home!)

Why such a long list this week? Well . . . tune in tomorrow for a series of posts titled "A Very Vegan Thanksgiving!" Gotta get back to those caramelized onions now!
around 2:47 PM
categorically speaking: black beans, broccoli, dragonfruit, grocery shopping, Mexican, salsa, Thai, tofu, vegan mofo

I like to use dragon fruit like kiwi in smoothies or even fruit salads. If you can find one that is magenta, it actually has a great flavor.

As I'm sure you've seen by now (since you commented on my post where I listed this), but we also had pad thai from VwaV :) And...we added broccoli thanks to your past suggestion.

That pad thai is our favorite thing to eat. We make it about once a month and would make it more often except for the insane prep work. :) We are lazy.