I had a very busy, very physically-active day yesterday, so I knew some light, relaxing yoga was in order early evening. I did 20 minutes of "Stress Relief Yoga for Beginners." Although I love this practice, I'm starting to think I need another relaxing practice, just so I can switch it up a bit!

In other yoga-related news, my ab muscles are SORE this morning. Ow.

I have a day off today! Woo! I have some appointments and things, but there will be time for a little bit of fun, too. :)

Dan has become a granola monster. (He finished the batch of granola I sent home with him last weekend already!) So, I made him another batch yesterday: 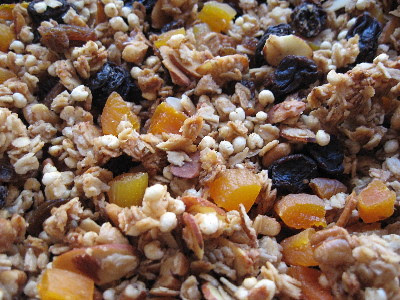 My same recipe that I always use, although I used agave this time 'round, instead of maple syrup, and a whole host of spices, (cinnamon, nutmeg, allspice, cloves, ginger,) and a splash of vanilla extract, too! A blend of walnuts, almonds, and pecans, two different kinds of raisins, and dried apricots, too! I'm sure it will be well-received. :) 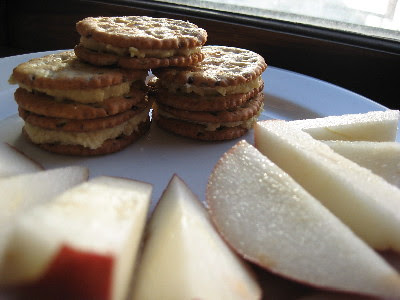 Crackers and hummus (YUM!) and a sliced pear. Coffee, too. 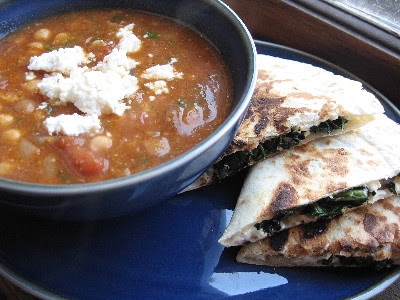 I made Mexican Tomato Bean Soup with Corn Dumplings and quesadillas stuffed with leftover greens and mushrooms, and a sprinkling of queso fresco. The quesadillas were AWESOME, of course, although we ran out of salsa. :( Boo, hiss. I have made the soup in the past, but not for a couple of years, and was looking forward to another taste! I remember loving the dumplings, but this time was not meant to be. Last time I made the soup, I definitely used masa harina for the dumpling dough, which worked well. This time I used cornmeal, (the recipe suggested the substitution,) which was a DISASTER! I made and formed the dumplings, dropped them in the soup, allowed them to simmer undisturbed until I thought they were done, gave the soup a stir . . . and the dumplings completely fell apart. Alas. The soup still tastes good, and we each ate a big bowlfull for lunch, but no cute little springy corn dumplings! Bah. I made a note on my copy of the recipe, so I know to pick up some masa harina next time! 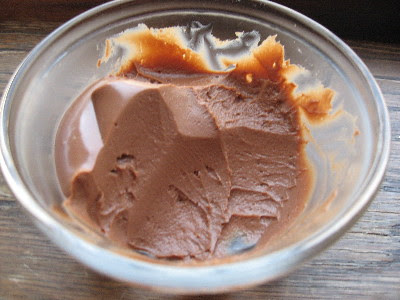 The rest of the chocolate mousse that I couldn't finish yesterday.

Yesterday was a long, busy afternoon, with a very late dinner planned. Lots of snacking, as a result. 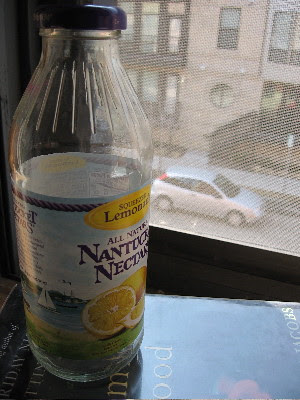 Half a lemonade. (I saved the other half for Dan, who is nursing a cold and enjoyed the treat!) 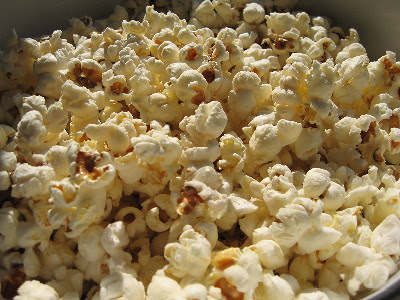 Shared while watching a movie! 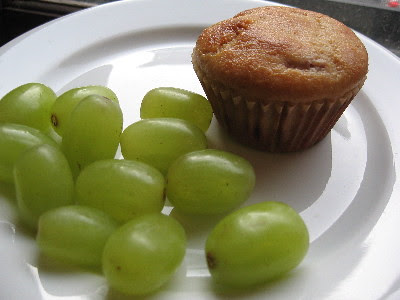 There were many, many hours between lunch and dinner. :) 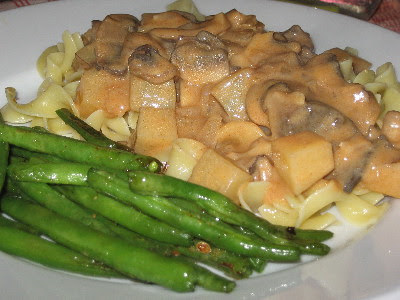 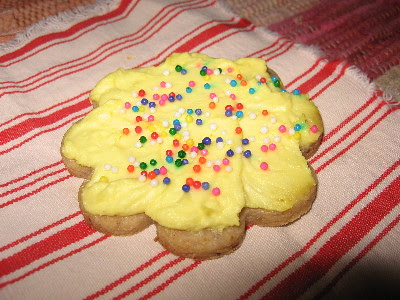 I hope you are enjoying your glorious day off--the weather is *perfect* for you!

That soup looks delicious, I put it on my list of foods to make. Too bad the cornmeal didn't work in the soup. I'll have to get the masa harina then.

And that popcorn just reminded me I havent had it in forever...so sad. Ill have to fix that tonight ;)